Analysis of the EuGB Regulation by ICMA 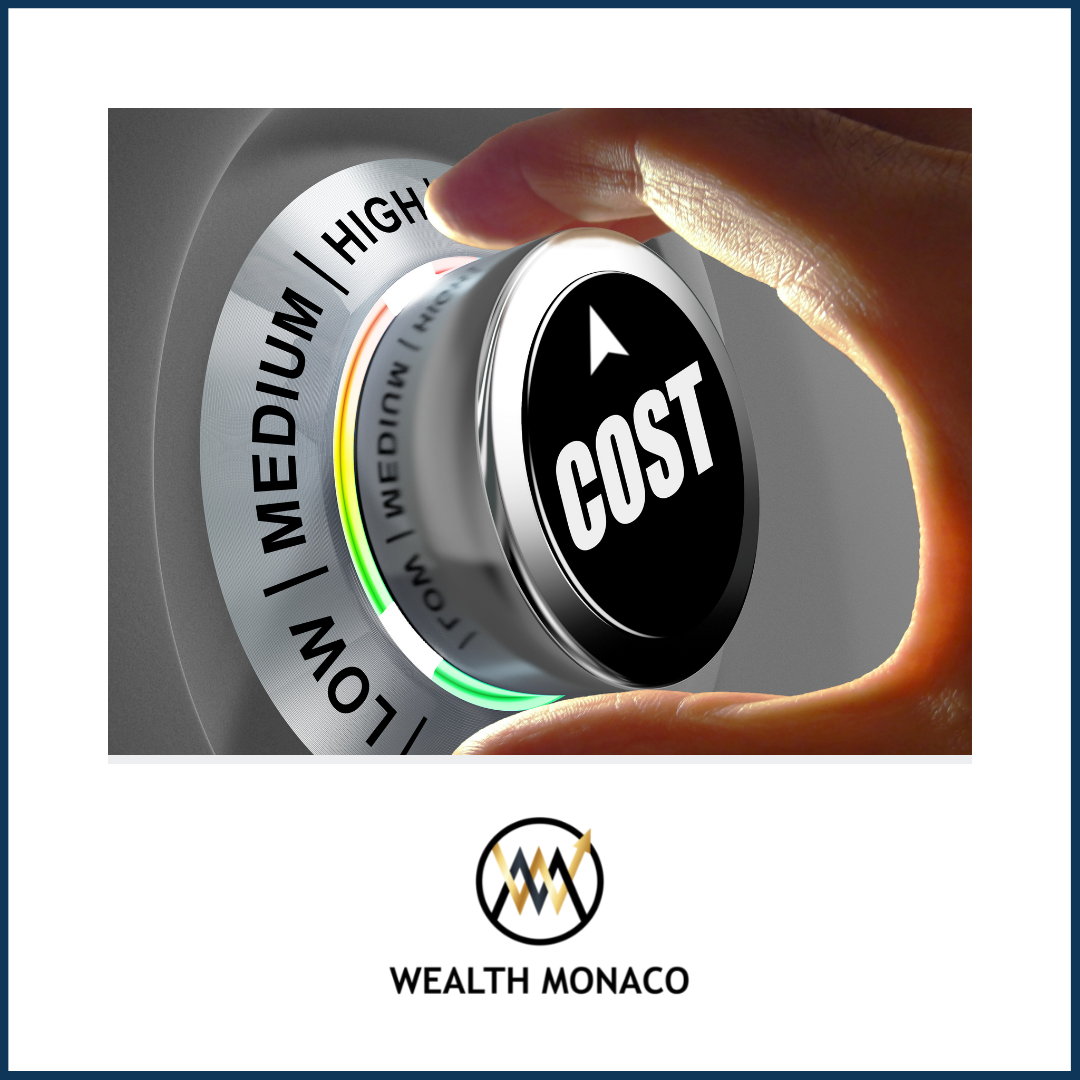 The Rapporteur of the EuGB Regulation at the European Parliament released proposed amendments on 2 December 2021. ICMA proposes an analysis of the amendments and underlines possible consequences.

On 6 July 2021, the European Commission published its draft proposal for a Regulation on European green bonds (“Regulation” or “EuGB Regulation”). The proposal aims to establish a voluntary standard for EuGBs that will co-exist with the existing international market standard represented by the Green Bond Principles (“GBP”) supported by ICMA.

ICMA published a note on 8 July on the European Commission’s proposal for a Regulation on European green bonds that welcomed the proposed voluntary nature for the EuGB and the Commission’s intention to ensure its co-existence with the existing European and international green bond market.

The associaction also noted that many of the recommendations of the Technical Expert Group (TEG) to which ICMA contributed as a member had been adopted. We underlined that the provision allowing for Taxonomy alignment within a 5-year period as a strong positive allowing for the use of EuGBs in transition-enabling projects. We otherwise highlighted areas of concern notably the absence of any of the flexibility provisions recommended by the TEG for alignment with the Taxonomy and the lack of full Taxonomy grandfathering. We expressed concern that these could significantly hinder the label’s usability and international uptake.

On 2 December 2021, the Rapporteur of the file in the European Parliament released its draft proposed amendments to the EuGB Regulation (“Rapporteur amendments”).

The Rapporteur amendments reflect a fundamental shift from the Commission’s proposal as they aim to regulate the
entire European sustainable bond market. They also add new requirements for the European green bond designation (“EuGB” or “EU GBS”) which is analysez below.

One of the most significant aspects of the Rapporteur amendments is the ambition to regulate via the EuGB Regulation all types of sustainable bonds (including green, social, sustainability bonds and sustainability-linked bonds) as of its entry into force.

The Rapporteur amendments lead to the imposition of a host of additional obligations on the European sustainable bond market relating to disclosures, reporting and external verification at both the product and issuer level which are further detailed in other sections of this paper. External reviewers of all sustainable bonds would also come under the registration and supervision of ESMA. The mandatory coverage and scope of external reviews are considerably broadened.

Raising cost and liability for all sustainable bond issuers without counterbalancingincentives

The Rapporteur amendments include several dispositions that would significantly increase costs and legal liability risks for issuers which will deter the issuance of sustainable bonds. There are indeed no proposed incentives (e.g. regulatory or financial) to counterbalance the additional cost and liability being required from issuers.

Mandatory incorporation of an extended factsheet into prospectuses compliant with the EU Prospectus Regulation (2017/1129) for all sustainable bond issuers. The proposed amended content of factsheets would require additional legal advice for comprehensive disclosures some of which involve forward-looking and/or subjective statements and commitments (e.g. on wider entity-level sustainability strategy and targets, Taxonomy alignment, transition plans, annual targets for SLBs).

This will result in increased costs and liability risk for both issuers and external reviewers and act as a significant disincentive to the issuance of sustainable bonds within the scope of the EU Prospectus Regulation. Some issuers may also simply not be willing to accept the high level of risk associated with incorporating such information into a prospectus given the increased liability associated with prospectus disclosure in many EU and non-EU jurisdictions.1

Requirements for Taxonomy alignment plans for EuGBs to be based on annual intermediate targets and subject to annual external review. The failure to achieve these targets twice would lead to the loss of the EuGB designation. Issuers will further be subject to administrative sanctions and measures in case of failure to adhere to their transition plans and Taxonomy-alignment plans. More generally, the National Competent Authorities will be empowered to prohibit an issuer from issuing any sustainable bonds for up to 10 years if they fail to fulfil their duties under the EuGB Regulation. The liability and reputational risk arising from this repressive approach would very likely deter the issuance of EuGBs.

Mandatory external reviews for impact reports that will also need to incorporate an assessment of transition plans (for SLBs and EuGBs), the adherence to Taxonomy-alignment plans (where relevant), and the alignment of bond proceeds with the issuer’s wider sustainability objectives, which will create additional cost and liability for issuers.

There are several other measures disincentivising issuance that include, among others (i) requiring financial institutions to obtain external reviews for their allocation reports for all sustainable bonds (annually), (ii) prohibition to aggregate several sustainable bonds in factsheets, allocation, and impact reports; and (iii) requiring allocation reports (for all use of proceeds bonds) to be submitted within unrealistic timelines.

Towards a mandatory EuGB standard with unintended negative consequences

The Rapporteur suggests the Commission determine the deadline and practicalities of making the EuGB designation mandatory for all green bonds between 2023-2028. This is in complete contradiction with the approach to date proposed by the Commission and the various expert groups representing market participants and stakeholders (HLEG, TEG and PSF) that have been contributing to the development of the EuGB. All efforts to date have focused on creating an aspirational “gold standard” that was never intended or designed to become mandatory. We are concerned that such a mandatory EuGB would cause unintended negative consequences namely:

Migration with many issuers deciding to access markets for sustainable finance in other jurisdictions with less constraining and costly requirements. This would effectively undermine the current undisputed leadership of the EU in the international sustainable capital markets. As stated above, while mandatory requirements for issuance in the European sustainable bond market can be created, it is not possible to force issuers to use the market.

Contraction with many issuers switching out of the sustainable bond market and reverting to traditional capital and banking sources. This would go against the stated key objective of EU policy to develop sustainable finance flows that provide, as intermediated in the existing sustainable bond market, an unparalleled level of transparency, reporting and accountability compared to traditional debt capital markets. In 2020, over 95% of green bonds globally2 were aligned with the Green Bond Principles with voluntary commitments to disclose use of proceeds, provide allocation and impact
reports and use the services of external reviewers.

“Should the draft amendments be adopted in the final legislation, we expect that only European organisations that feel compelled to access it would do so and these would very likely come from the official sector. Other issuers would simply switch to other sources of European market or bank finance, or access sustainable finance from other jurisdictions. The ensuing contraction of the European sustainable bond market and issuer flight would effectively end the current undisputed leadership of the EU in the international sustainable capital markets.

This outcome would especially conflict with the original intentions of the legislation to further develop “the market for high quality green bonds, thereby contributing to the Capital Markets Union, while minimising disruption to existing green bond markets…” and support the growth of sustainable finance to fund the European Green Deal.”

1. As an example, Annex I on factsheets requires disclosures on how projects will contribute to the sustainability targets and actions set at entity-level as well as a forward-looking estimation of the proportion of Taxonomy alignment at entity-level once proceeds are fully allocated.